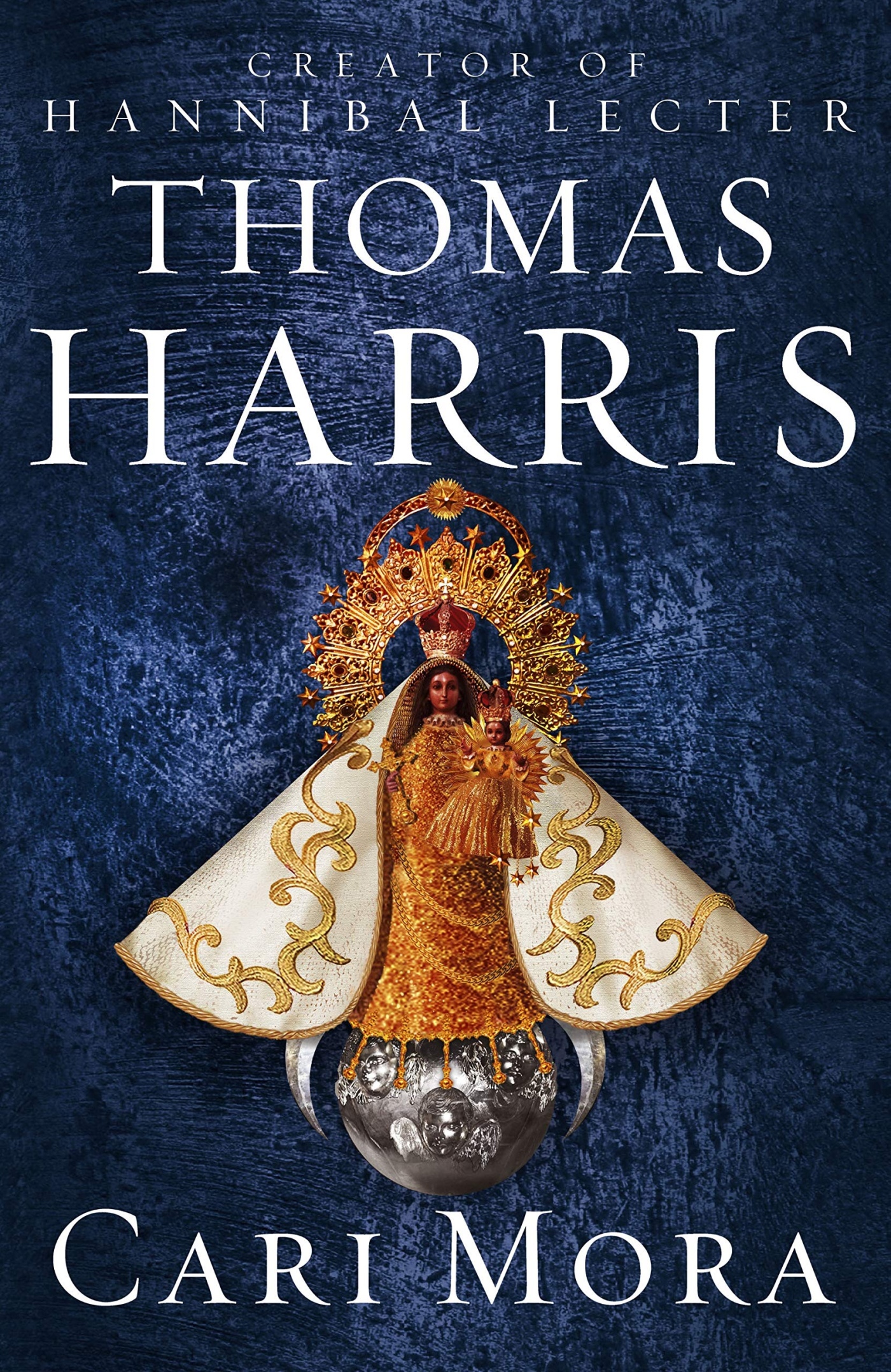 Twenty-five million dollars in cartel gold lies hidden beneath a mansion on the Miami Beach waterfront. Ruthless men have tracked it for years. Leading the pack is Hans-Peter Schneider. Driven by unspeakable appetites, he makes a living fleshing out the violent fantasies of other, richer men.

Cari Mora, caretaker of the house, has escaped from the violence in her native country. She stays in Miami on a wobbly Temporary Protected Status, subject to the iron whim of ICE. She works at many jobs to survive. Beautiful, marked by war, Cari catches the eye of Hans-Peter as he closes in on the treasure. But Cari Mora has surprising skills, and her will to survive has been tested before.

Monsters lurk in the crevices between male desire and female survival. No other writer in the last century has conjured those monsters with more terrifying brilliance than Thomas Harris. Cari Mora, his sixth novel, is the long-awaited return of an American master.

I seem to have liked ‘Cari Mora’ more than a lot of people did. Perhaps that’s because I went into it with my expectations set fairly low, or maybe it’s because I’m a fan of the kind of book it is – a fairly low key character driven crime drama. I’ve read most of Thomas Harris’s other books – liked ‘Black Sunday’, loved ‘Red Dragon’ and ‘Silence of the Lambs’, disliked ‘Hannibal’ and so didn’t bother with ‘Hannibal Rising’. What I wasn’t expecting in ‘Cari Mora’ was something like one of the Lecter books, so when that’s exactly what I didn’t get, I wasn’t disappointed.

The plot, very simply, is that there is a fortune in cartel gold buried beneath a mansion in Miami and competing groups of unsavoury types want to get their hands on it. Caught in the middle is the title character, Cari, who works as a housekeeper in the mansion, looking after guests who rent it. The book is about the hunt for the gold, the battle between the groups, and Cari’s attempts to protect herself and her friends from harm.

That setup makes for a gripping quick read. The characters are convincing, especially Cari who I ended up really rooting for. The twists and turns of the plot are engaging and enjoyable, and Harris’s talent for building atmosphere adds a lot to the tale. In particular, his description of the underground cavern beneath the mansion is wonderfully other worldly.

My one significant problem with the book was Hans-Peter Schneider, the principal villain of the piece. He’s a twisted and creative psychopath who is obsessed with Cari (ring any bells). My issue wasn’t the character himself, who I found enjoyably creepy, but the way he felt somewhat shoe-horned into the rest of the book. It’s almost as if (and I’m not suggesting for even one minute this is the case), Harris turned in the manuscript and someone said “Can you make it a bit more Hannibal-y?”

That aside it’s a really solid thriller – gripping and engaging with some good set pieces and a memorable heroine. Ignore the bad reviews and give it a try, but for God’s sake don’t pay full price for it, it’s practically a novella. The 300+ page count is achieved through a large font and margins you could drive a bus through.