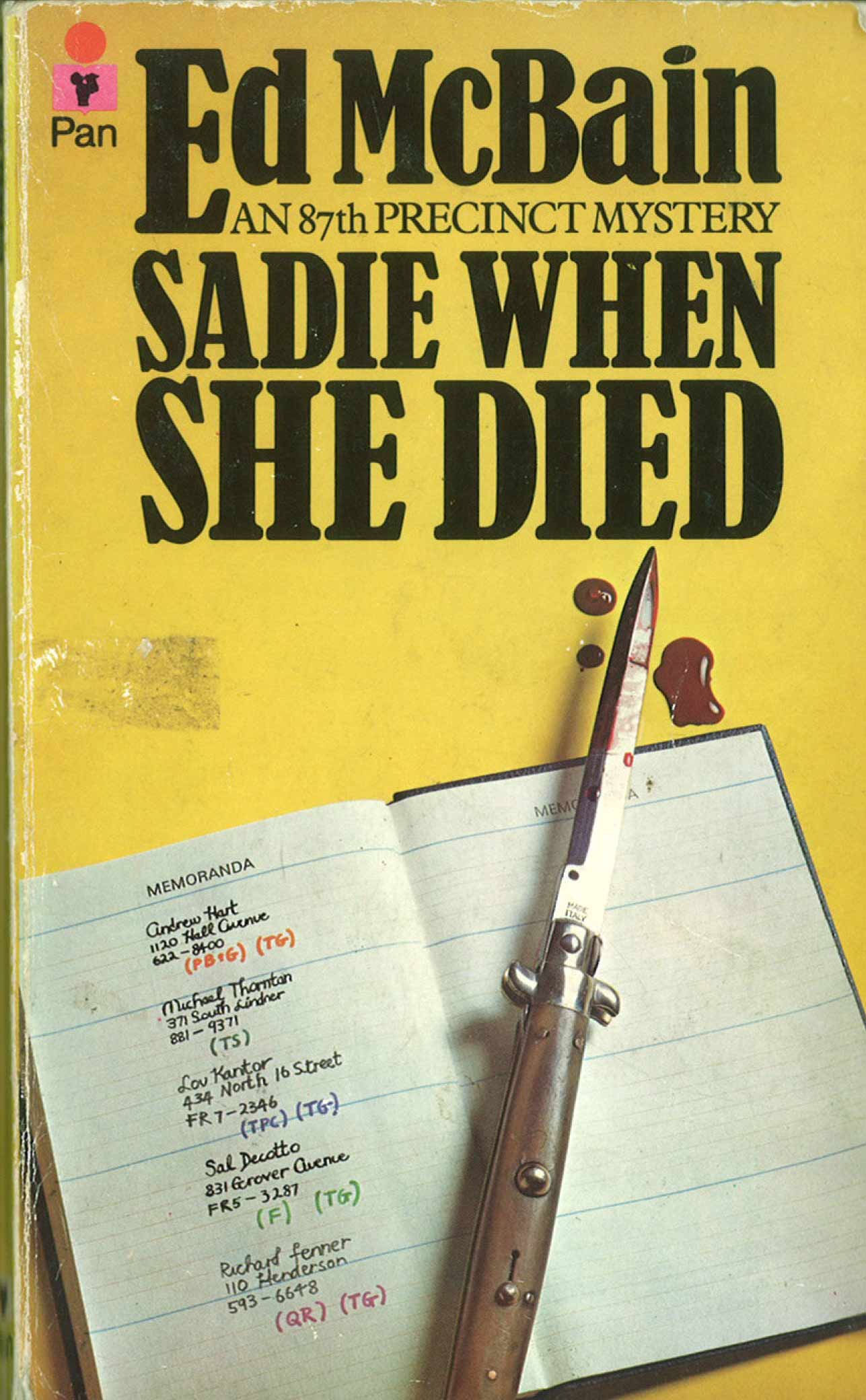 Detective Steve Carella thought he had an open and shut case. He had a confessed killer, clear fingerprints, and a witness. But when the dead lady’s husband seemed less than mournful at her death, and when her little black book turned up a mile-long record of her love adventures, Carella knew it was time to call in the 87th precinct.

After the enjoyable smorgasbord approach of ‘Hail Hail the Gang’s All Here’, the next book in the 87th Precinct series, ‘Sadie When She Died’, is a far more focussed and sombre affair. I think that the very best crime novels shed a light on the darkest corners of the human condition in a way that is reflective and cathartic. McBain’s novel does that with aplomb, and is a great mystery to boot.

This time around, McBain’s detectives (with Steve Carella very much at the forefront) investigate a single case, the brutal stabbing of a woman in her apartment. It appears to be a simple case of a burglary gone wrong and a likely suspect is soon identified and arrested. However, as Carella investigates further, and comes to know the dead woman’s husband, it becomes clear that there is far more going on.

It’s hard to say too much more about the plot without giving too much away, but as the case develops the book becomes an examination of marriage and the devastating effect two people can have on each other’s lives when matrimony goes sour. McBain digs into both the male and female psyche and creates, in the couple, two characters who are completely convincing and memorable. This feat is even more impressive given that the woman is dead throughout and we only come to know her through the recollections of others.

It’s an extremely effective, disturbing and memorable read. It still has the elements of humour we expect from McBain, but the overall effect is different from many of his books. The resolution of the crime at the end feels comes not with a feeling of victory of good over evil, but of bleak inevitability. It’s a book that has stayed with me in the weeks since I read it. For that reason, I’ve upped the rating I originally pencilled in for it from 4 to 5 stars.