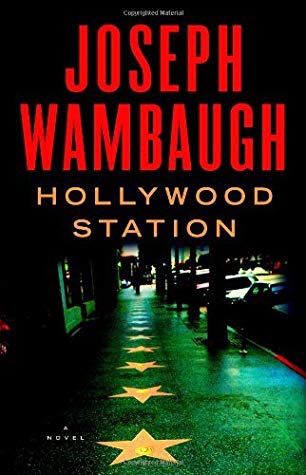 For a cop, a night on the job means killing time and trying not to get killed. If you’re a cop in Hollywood Division, it also means dealing with the most overwrought, desperate, and deluded criminals anywhere. When you’re patrolling Sunset and Hollywood Boulevards, neither a good reputation nor the lessons of scandals past will help you keep your cool, your sanity, or your life when things heat up.The robbery of a Hollywood jewelry store, complete with masks and a hand grenade, quickly connects to a Russian nightclub, an undercover operation gone bloodily wrong, and a cluelessly ambitious pair of tweakers.

Putting the pieces together are the sergeant they call the Oracle and his squad of street cops. There’s Budgie Polk, a twenty-something firecracker with a four-month-old at home, and Wesley Drubb, a rich boy who joined the force seeking thrills. Fausto Gamboa is the tetchy veteran, and Hollywood Nate is the one who never shuts up about movies. They spend their days in patrol cars and their nights in the underbelly of a city that never sleeps. From their headquarters at Hollywood Station, they see the glamour city for what it is: a field of land mines, where the mundane is dangerous and the dangerous is mundane.

‘Hollywood Station’ is a tough talking, impossibly gritty police procedural from Joseph Wambaugh. Wambaugh was a cop for 14 years in LA before leaving the force and turning to writing full time after his novels and true crime works became bestsellers. In other words, Wambaugh knows his onions, and that really shows in ‘Hollywood Station’.

The novel’s format is similar to that of Ed McBain’s ‘87th Precinct’ novels. There’s a precinct populated with detectives and patrolmen and women working through a number of cases. What makes Wambaugh’s book slightly different to McBain’s is that he pays more attention to the criminals. A variety of panhandlers (his term), meth addicts and gangsters appear throughout the story with sub-plots of their own that run alongside (and intertwine with) those of the cops. McBain does this occasionally in his books, but his focus tends to be much more on the cops.

The book feels like it doesn’t have a plot, but as the various threads progress it becomes apparent that there are many connections between them. This makes for a read that can be a bit episodic at times, but which ends up coming together well. Despite the books narrative strengths, it’s the verisilimitude that impresses most. Wambaugh’s characters are well drawn and convincing as people, but more than that he writes with utter confidence and conviction about what it’s like to be a cop. The book is filled to the brim with anecdotes, asides and insights, all of which add massively to the atmosphere and the sense that you’re reading something not a million miles from the truth.

Wambaugh tackles many big themes – racism, sexism, corruption – and does each of them justice. I often didn’t agree with his characters, but his even-handed approach was engaging and convincing. More than those things though, it’s the sense of camaraderie and joint purpose that shone through. The characters bicker and rub each other up the wrong way, they insult each other and brawl, but they’re always, deep down, in it together.

It’s engaging, fascinating stuff from beginning to end and well worth a read if you fancy something that feels real.