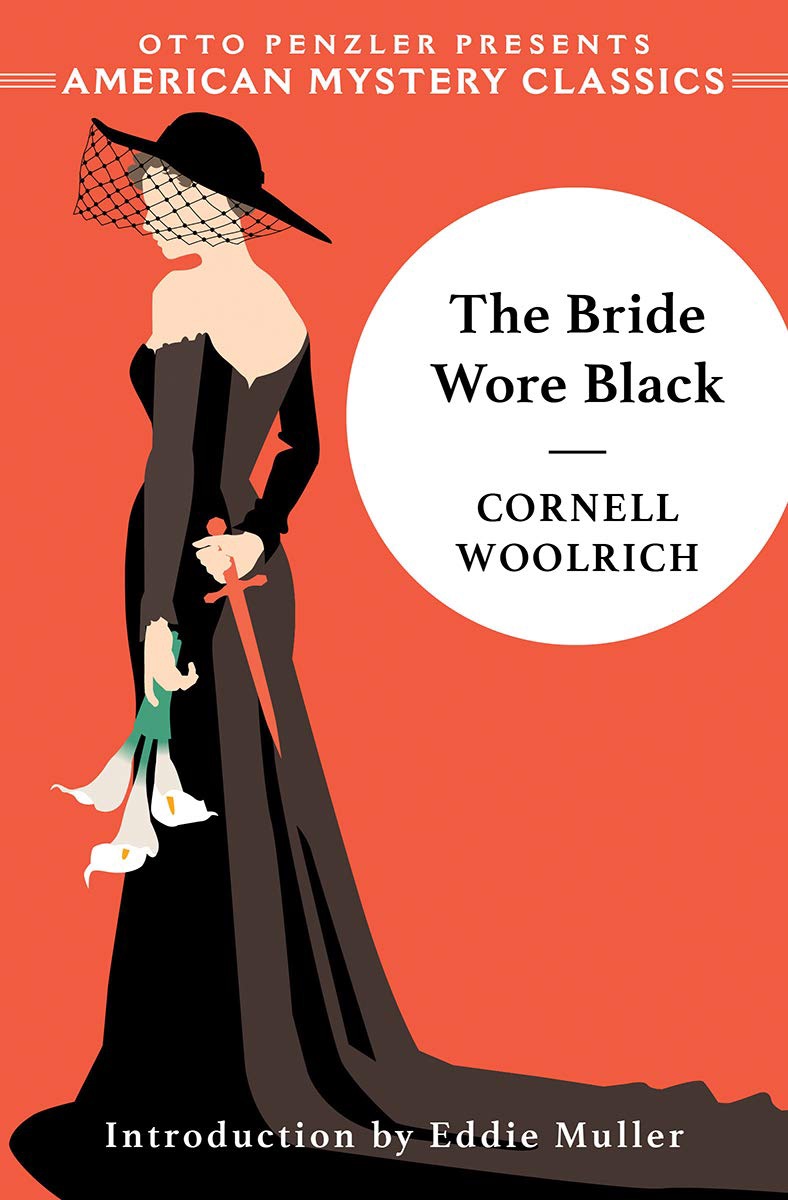 No one knew who she was, where she came from, or why she had entered their lives. All they really knew about her was that she possessed a terrifying beauty-and that each time she appeared, a man died horribly…

I first read Cornell Woolrich as a teenager, after finding a few of the wonderful 1980s Ballantine paperback reissues of some of his books in my local library. I immediately feel in love with his mastery of suspense and the dark vibe of his books. He was, by all accounts, an incredibly troubled individual, unable to come to terms with his sexuality and dependent on alcohol as a result. That desperation comes across in his work. In spades. His work has long been out of print, so it’s great to see his books finally starting to turn up on Kindle and in print again.

‘The Bride Wore Black’ is a classic revenge tale, with a mysterious woman murdering a seemingly unconnected series of men. Her crimes are tracked by a detective, amusingly called Wanger, who doggedly refuses to give up on the victims. The book is rigid in its structure. The killer stalks and then kills a victim, giving some kind of clue to her motives right before the murder. The detective investigates but gets nowhere. Rinse and repeat.

What makes it work so well is just how dark it feels. The murderess inserts herself into everyday, often domestic situations with ease. She even makes the victim’s young son complicit in one of the murders. In each case you know what the end will be, but not the means and there is a sick delight and tension in trying to guess the murder weapon before the figurative axe falls. That darkness is only deepened by the horrific denouement, which casts all that has gone before it in a totally different light.

Woolrich wasn’t the best writer in the world, his prose is sometimes so purple it would delight emperor:

An indistinctly outlined, pearly moon seemed to drip from the sky like a clot of incandescent tapioca thrown up against the night by a cosmic comic.

But his ideas and pacing are first rate. I enjoyed this just as much as I expected to, and am delighted to see this new edition, which also includes an excellent foreword.