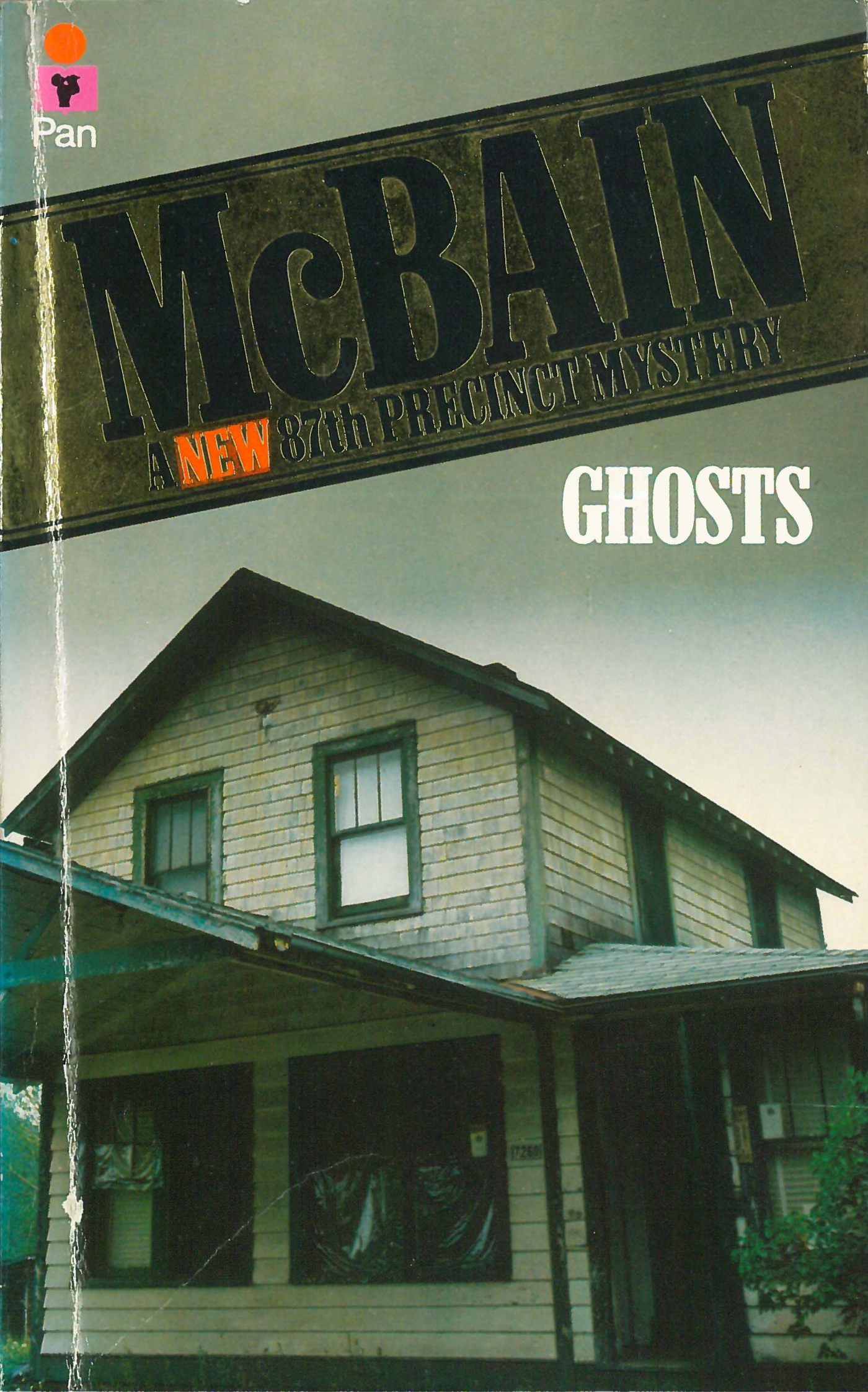 A young woman stops at the grocery store after work, but she never makes it home—at least not all the way. She is stabbed to death in front of her building, her groceries strewn across the cold pavement. Upstairs her neighbor and popular ghost story author Gregory Craig lay dead as well, stabbed in his apartment. When Craig’s publisher is found murdered just days later, Detective Steve Carella has a deadly mystery on his hands, one unlike any he’s ever had before.

When you’re up to book 34 in a series, I guess as a writer you’re allowed to play with the formula a bit. That’s something Ed McBain does a few times in the 87th Precinct series, normally to good effect. Book 33, ‘Calypso’, wove a gothic horror story into the normal police procedural format and it worked. ‘Ghosts’ tries to do the same thing with a supernatural tale and, for me at least, comes up short.

The book opens with detectives Steve Carella and Cotton Hawes arriving at the scene of a double murder. The victims are a successful author and one of his neighbours. The writer’s most recent work was an ‘Amityville Horror’ style non-fiction account of a haunting and his (now bereaved) girlfriend claims to have psychic powers. She also looks uncannily like Carella’s wife, Teddy, a fact that allows McBain to muse on infidelity, as he often seems to. It goes without saying that Carella doesn’t succumb to temptation.

The book has a lot of the things that make the 87th books so great – crackling dialogue, a strong mystery, brilliant incidental detail and convincing police work. ‘Ghosts’ is set at Christmas, which allows McBain to throw in some fun scenes about the negotiation within the department on who has to work the 25th. There are also a number of domestic scenes featuring Carella and family, they slow the pace a bit, but they’re so sweet it’s hard to dislike them.

It’s the supernatural elements that drag the book down, they feel uncomfortably shoehorned in and I couldn’t help feeling that had McBain just left them out the book would have been stronger. They make ‘Ghosts’ an interesting experiment, but not a successful one. There’s still a lot to enjoy here, but it’s definitely not one of my favourite 87th Precinct books.